This week brings the launch of my new trio of dish soaps. I'm happy to introduce my new 'Extra Cleaning Solid Dish Bars!'

I want to make it clear that my original dish bars clean excellently and the only reason these are called 'Extra Cleaning' is because each bar contains a natural additive to enhance either scrubbing, grease cutting, or is anti bacterial. 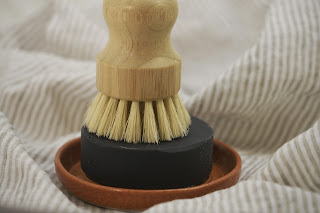 With out further ado, let me introduce the new line up!
Activated charcoal, known for it's anti bacterial properties, is added to one specialty bar. This bar is scented with the essential oils of spearmint and eucalyptus. 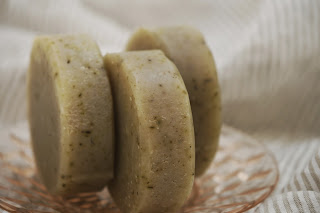 Also available is a dish bar with organic lemon peel and rosemary. Lemon peel contains citric acid which enhances cleaning. The essential oils of lemongrass and rosemary (of course) make up this specialty bar. 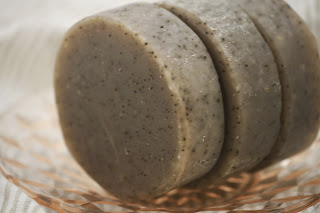 Last but not least, is a specialty dish bar containing coffee grounds. The acidic coffee grounds are great at cutting through grease as well as providing extra scrubbing effect. These bars are scented with orange and cedar wood essential oils.
All three bars are now available on my website and Etsy store!
Posted by Lora's Beauty at 4:46 PM No comments:

How Soaps Clean And Why They're Better Than Detergents

It really is the dog days of summer around here. As I type this Portland, Oregon is staring another several days of over 100 degree weather in the face. The last heat wave we had in June left my ferns and hydrangeas with burnt leaves and that's not to mention what it did to the wildlife and the birds who summer in the north to avoid the heat.

Alas, the subject of this post is not about the heat but about of course, soap and how it cleans your body and that greasy dish. 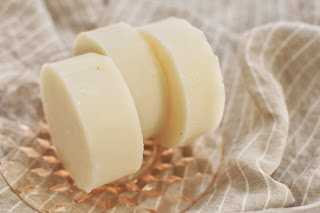 The power of soap can be best seen when washing a greasy dish. In fact, I've received many reviews, emails, and comments from customers surprised at how well the solid dish soap cleans their greasy pots and doesn't leave them slick. I wish I could claim some secret ingredient or process that allows this to happen but it's really just science. 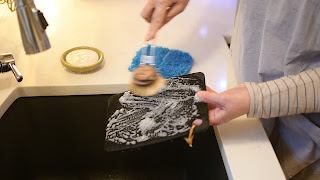 At a molecular level soap breaks things apart. Soap is made of tiny molecules that contain a head and a tail. The head portion of the molecule easily binds with water while the tail portion avoids binding with water, instead it binds with oils and fats. When you wash a greasy dish or lather your dirty body with soap the tail portion of these tiny molecules attach themselves to lipids and dirt and pries them off, working like a crowbar to remove them from the dish or body where they are then trapped in the tiny bubbles of soap called micelles and washed away. 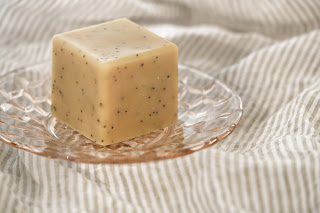 Soap works not only to remove dirt and grease from surfaces but it's also highly effective at removing viruses and bacteria, better than hand sanitizers. Even viruses that don't depend on lipid membranes to infect can be washed away with vigorous washing with soap.

Dish detergents and body washes are not soap. Soaps are made by combining an acid and a base through the chemical process known as saponification.

Instead detergents contain surfactants which work the same way as soap by attaching to the grease and dirt on one end and the water on another end, however they don't stop working like this when they're washed down the drain. If the surfactants are persistent, they do the same thing to aquatic life by attacking the natural oils in the mucus membrane of fish and in some cases causing their gills to quit working.

Many detergents and body washes also contain phosphates which can enter fresh water when washed down the drain promoting the growth of algae.

So, although you can get your body and your dishes clean with detergents the cost to fresh water and aquatic life makes soap the better choice!

Posted by Lora's Beauty at 2:39 PM No comments: