Last week we walk to the County Cork, an Irish pub close to our house. With our food order we were served this awesome Irish soda bread that they make everyday.  Since I ate it, I've been craving it.  Therefore, when I picked up a cookbook at an estate sale we went to a few days later, and it had a recipe in it for Irish soda bread, I knew it was meant to be;  I was going to make the hell out of that bread!  Saturday morning I had my chance. 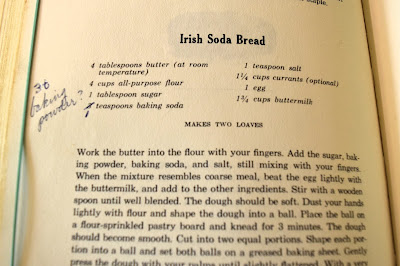 First off, the The New York Times Bread & Soup Cookbook

I bought was an old library book and it was well used.   As you can see in the photo, the recipe for the bread had an annotation next to it that someone had handwritten.   They crossed out 3 teaspoons of baking soda and wrote 1.  Then they put "3 t baking powder?" in the margin.  I was planning to ignore that and just follow the recipe, however further down in the instructions it read "Add the sugar, baking powder, baking soda..."  That presented a problem.  No where in the list of ingredients, except the handwritten annotation, did it list baking powder.  I was going to have to consult the internet.

The recipe I finally used was a bit of a mashup of my book and the recipe I found here.  Basically I followed the book but only used the 1 teaspoon of baking soda and no baking powder.  All the recipes I found called for buttermilk.  Who keeps buttermilk around these days?  Certainly not me.  I don't think I've ever bought buttermilk.  My Mom told me that you can make buttermilk at home by mixing one cup milk and one tablespoon lemon juice or vinegar.  Perfect!  This is a great hack to remember. 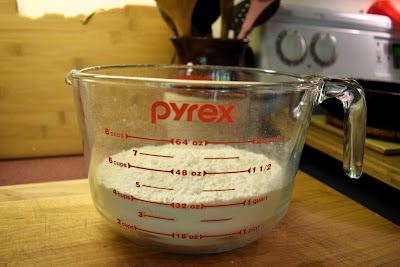 The recipe called for 4 cups flour, however the dough seemed too sticky for my liking so I probably added at least a 1/2 cup more. 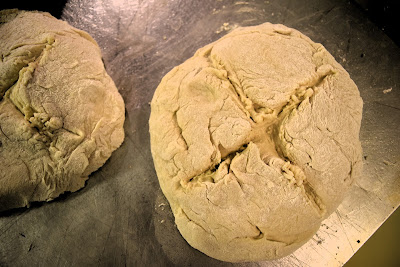 This created an easier dough to work with and shape into two medium sized circles.  With a sharp serrated knife I cut an 'X' in the dough. 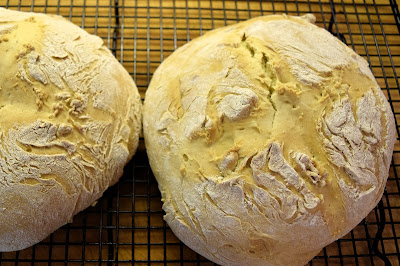 The best thing about this bread is it takes about an hour to go from start to finish-- in my mouth!  There's no waiting for yeast to rise as the bread doesn't have any yeast.  After mixing it and shaping it, you bake it for about 40 minutes and then...waaaarrrrrrrrm breaaaaaaaaaaaaaad! 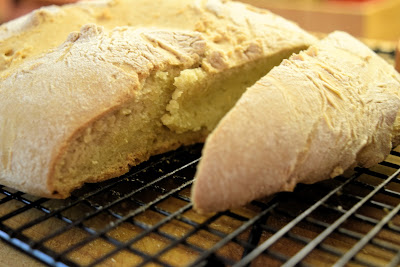 This bread is a lot more dense than most breads but the flavor is excellent! 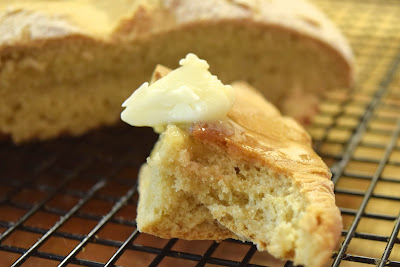 And here's the money shot!  Warm bread AND butter!  yummm!

I plan on making this bread again.  I think next time I will make one large size loaf instead of two small ones though.
Posted by Lora's Beauty at 8:45 AM