It's time!  Actually, a little past time but we've had a busy summer. 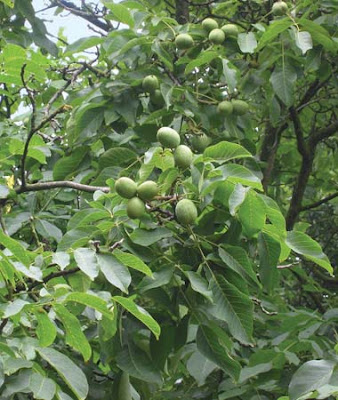 I'm talking about time to make nocino, of course.  I wrote about our first time making it last year.  This turned out to be a pretty popular post so I thought I'd add a little to it as we're tweaking our recipe to make the best nocino yet!

Nocino is an Italian liquor made with unripe, green walnuts.  Use it similar to how you might use Kahlua or Bailey's;  in coffee with a little cream (because who doesn't want a little liquor with their morning coffee, right?)

Last year's nocino turned out quite good, however, I felt there was room for improvement.  It needed to be a little sweeter, in my opinion.  We used vodka in our recipe last year but I found recipes where people used rum instead.  Rum, being a little sweeter than vodka, seemed like a good idea. 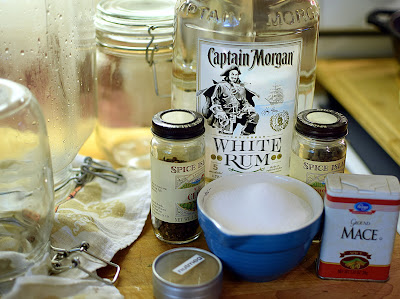 So with a 1.75 liter bottle of white rum in hand, we made nocino part deux! 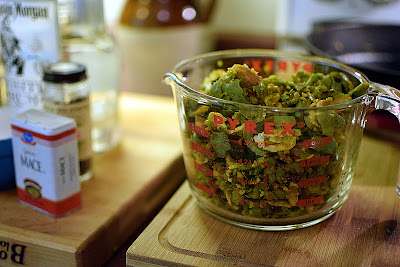 Instead of trying to cut the green walnuts like last year, we put them in a bag and took them outside and hammered the hell out of them. 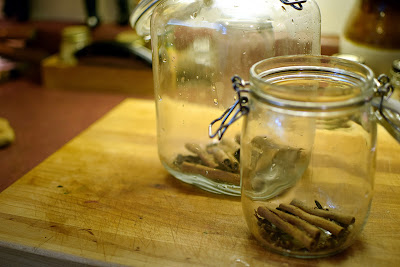 Next we washed enough containers that sealed well and added a cup of sugar (one cup total split between however many containers you use.) 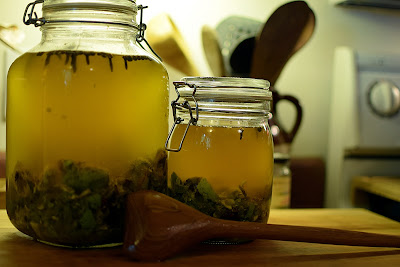 Pour the rum and close the containers.  Store in a location that receives little sunlight like a closet.

In about two to three months (just in time for the holidays) strain the nocino through a cheesecloth and enjoy. 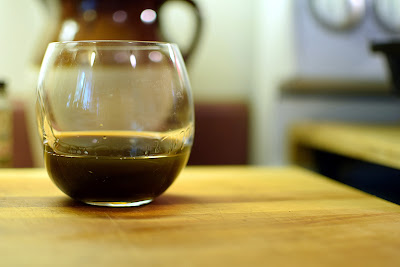 We're still drinking what's left of last year's nocino.  You can see how the walnuts turn the liquor dark. 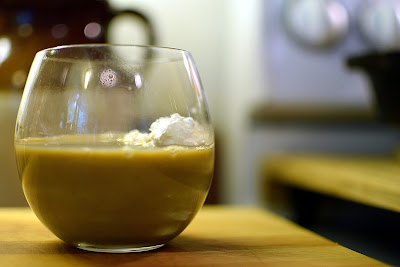 Add a little coffee, milk, and whip cream and you've got a tasty drink!