The Perks of Homeownership

Surely everyone does this.  I can't be the only one that can take the most innocuous thing and convince myself that that thing is going to be what kills the entire family!  That thing in my case is the dryer.

This happened just last week when I was at work so I did the obvious thing and googled how to clean the dryer duct, then I went to Amazon and purchased the Deflecto Dryer Duct Cleaning Kit.

Saturday we were debating on what to do and naturally I (calmly) suggested we clean the dryer duct. 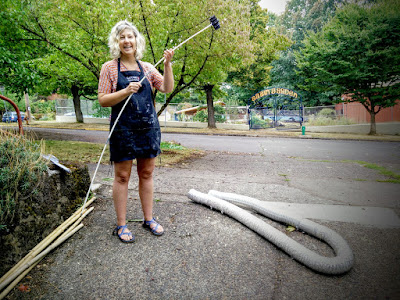 Oddly, after some comment about that being some "made up problem", Jeff agreed to help. 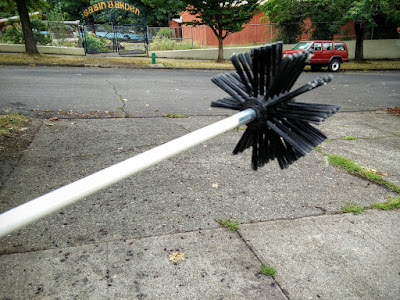 To clean the transition duct, I used my new tool by attaching the brush to the rod.  The rods were very similar to tent poles and they simply screwed together. 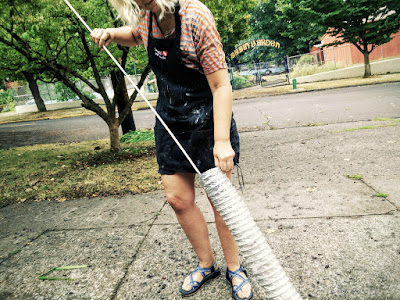 Now the easy part...insert brush into transition duct and turn clockwise to push the lint out the other end. 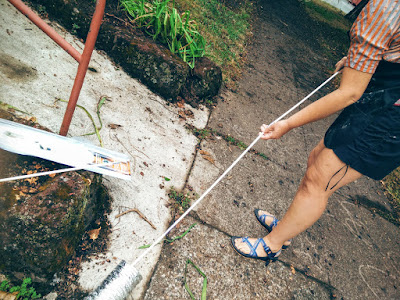 You can attach more links to the end of the rod if your transition duct is long, like mine.  I used all the links, which combined were 12 feet. 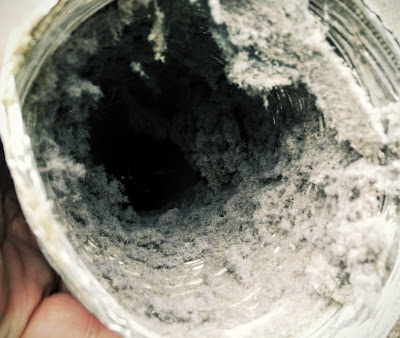 As you can see, the transition duct was a hazard! 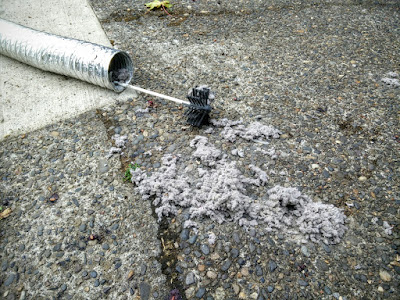 A few more times brushing it out and things started to look better!

At this point we had knocked most of the clogs loose so we just picked the transition duct up from one end and started dumping the lint out. 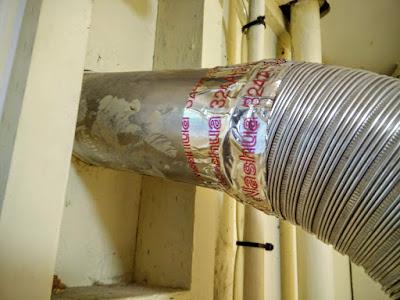 With a clean transition duct, it was now time to reattach it to the dryer and the wall vent.  We used 3M Silver Foil Tape

Now, here's a little secret I found out while writing this post, I could have purchased a new transition duct for less money! Live and learn, right? 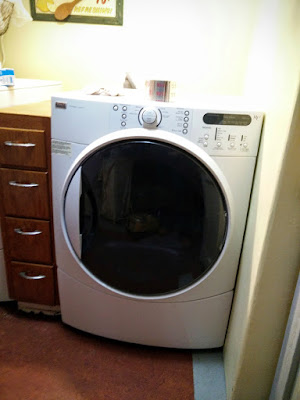 With the dryer back in place, I can now obsess focus on a new home maintenance project, like the driveway drainage issue....