It's been over three months since I shared my thoughts on doing a small kitchen overhaul. I haven't forgot about it, I've just been stewing over it and I'm glad I did! 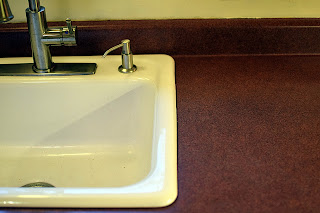 I began my kitchen overhaul over a year ago in my head. I thought I'd redo my counter tops, put in a tile back splash and repaint. However, when I verbalized my ideas Jeff pointed out the obvious, that my counter tops were perfectly fine and I just put in a kitchen floor that matched them. I then decided I'd repaint and add some wallpaper to one wall. I'm usually not a fan of wallpaper but there are some real interesting ones now that don't even look like wallpaper.

That's where I left it back in October, I was working up the energy to tackle wallpapering and painting. Then I started looking at Pinterest again...and, well, I've changed my mind a little. 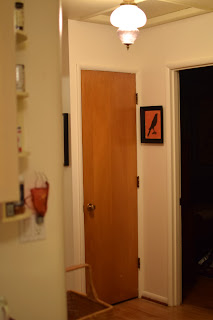 Painting the kitchen at my house isn't a big deal but you can't just paint the kitchen. There's a curved wall from the kitchen to the hallway so you need to paint the hallway too and there are SEVEN doors in the hallway! That's why I needed to work up the energy for three months!

When I've painted in there before I've been lazy and just painted all the woodwork and walls and ceiling the same color to avoid cutting in. I didn't want to do that this time; I wanted it to look a little more...professional.

So Tuesday I had two painters come over to work up bids to paint the kitchen and hallway. 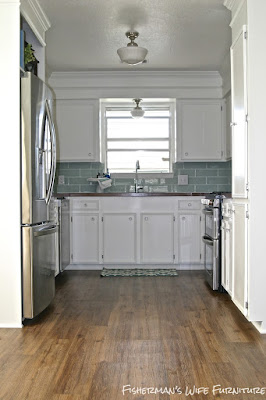 Because of my travels through Pinterest I decided I'm going to add some crown molding above and on the kitchen soffit so it's not such an eyesore, similar to this. We're going to do that work ourself as Jeff has a table saw and I have my dad's nail gun and power tools are better than paint brushes! 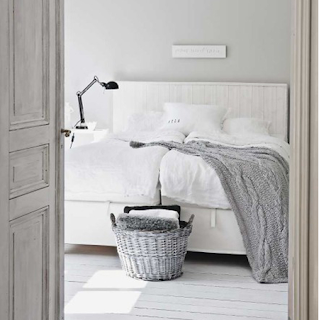 I've also changed my mind on the colors. I'm going to paint the walls a light greige (Thank you Pinterest! I never even knew that was a color let alone a word before!) and the ceiling and woodwork white. Similar to this. 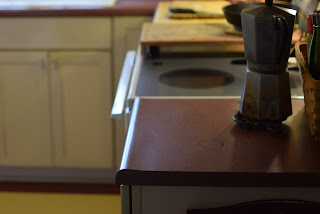 This color will bring out the gray in my cabinets without washing them out and still be neutral enough to not fight the yellow floor and the brick red counter tops. Well, that's the hope at least. 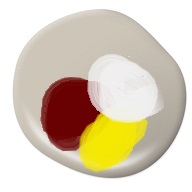 Here's what the final color scheme will be (roughly, the greige will be a little more grey than beige). 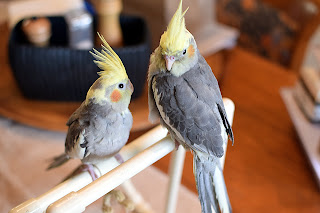 Ironically and completely unplanned, it's almost the same colors as Ed and Olive! DOH!
So, that's where I'm leaving it for now, we've got to install some molding and schedule the painters. Suddenly, this feels a lot more doable in my mind.