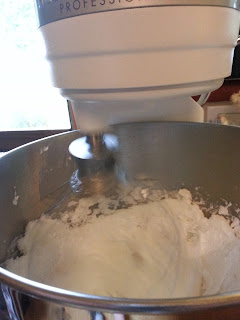 I have been wanting to make whipped soap(aka floap because it floats) for a while now.  Saturday, I decided to give it a go.

The recipe I found called for palm oil, coconut oil, olive oil and lye.  The important thing about making floap, I read, was to have a high percentage of "hard oils", oils that are solid at room temperature.  Armed with that knowledge, naturally, I began to change the recipe.

I substituted some of the palm oil with shea butter as I'm a huge fan of shea butter and not so much of palm oil.

I whipped the unheated hard oils up so they looked like whipped cream.  I then added the olive oil and whipped it in.  Next, I added room temperature lye to the mix and whipped it in as well. 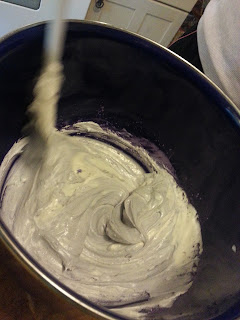 Since I was trying a new recipe, I decided I'd also try using mica to color it. I've never added colorants to my soap before and was anxious to see how it would work.

I divided the soap in half and added lavender mica to one half.  Looked pretty good. 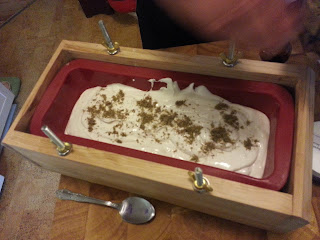 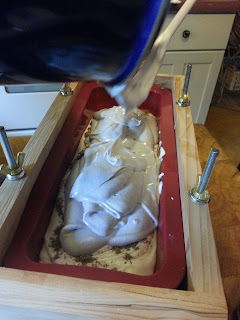 I then added the colored soap on top of the lavender flowers.  Definitely a difference in color at this stage.

Unfortunately, when the soap was ready to remove from the mold, it was entirely white.  A very nice, perfect white, but white none the less.  There was no trace of the lavender color, bummer. 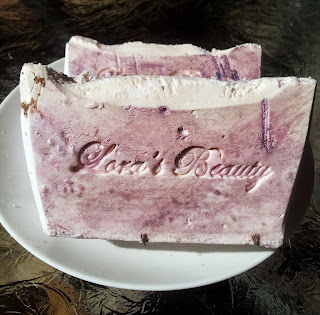 Since I really wanted a lavender color (this was lavender soap, after all) I decided to paint on the mica with a small brush.  Much to my surprise, it worked.

Next time I try this I think I'll try to paint a lavender flower on the soap instead of just painting all over, but overall, I'm not too unhappy with the soap..err..floap.


If you want it, here's the recipe I used: