About a month ago I finally purchased the pressure cooker that was on my Amazon wishlist for years.

I especially think it's going to come in handy this summer when (if?) we get hot weather as it's electric and doesn't heat up the kitchen when it cooks. 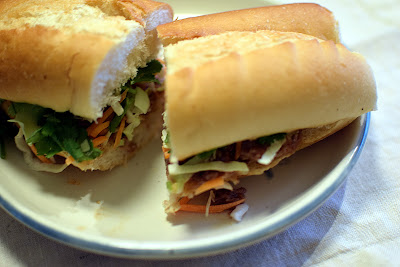 Right after it arrived, I picked up an 8 lb pork shoulder roast and cooked it for an hour in the pressure cooker using this recipe. We had pulled pork sandwiches that night for dinner and ended up freezing enough leftover meat that we ate 3 more dinners with it!

I purchased it mainly because I loved the idea of having bean soup in less than an hour! Usually it takes hours to make as it simmers on the stove. I've found though, that I use it a lot to cook meat as well.

This Chicken Masala recipe I made a couple weeks ago. I love Indian food and this had all the obligatory spices in it. It was great as a leftover lunch the next day as well. 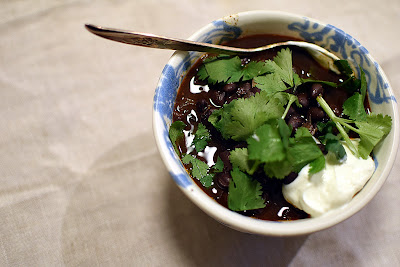 Naturally, I've made a few pots of beans with it. This black bean soup with chorizo was especially tasty. 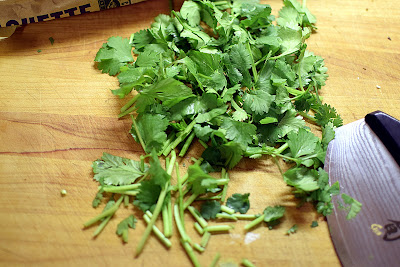 I added a little cilantro and sour cream when serving. 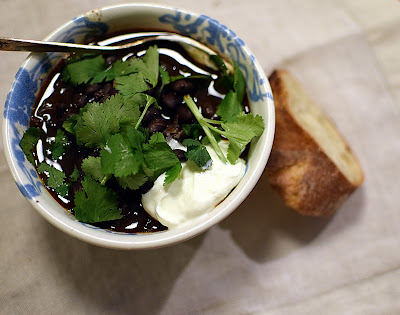 With a nice crusty piece of rustic bread, this makes an easy, quick, and healthy dinner.

Most recipes can be converted to pressure cooker recipes by reducing the liquid and time needed to cook. This site offers some great tips on how to convert recipes to cook in a pressure cooker.

My pressure cooker will also work as a rice cooker and slow cooker although I have yet to use it that way.

If you're like me and like good homemade food but don't always have the time to make it, I highly recommend getting a pressure cooker!
Posted by Lora's Beauty at 8:24 AM