Last weekend was the Home and Patio Sale! I sold all the furniture except the two coffee tables which I'll list on craigslist. Best of all, a lot of furniture was saved from the landfill and (hopefully) will still be used for years to come. 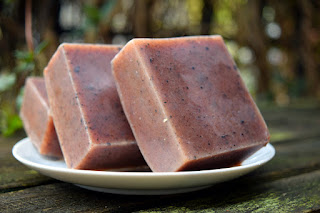 I also sold quite a bit of soap and once the weather cools down I'll need to replenish my stock of Peppermint Ice and Cinnamon and Honey goats' milk soap!

Now, on to more important things, like ice cream!

Fourth of July came and went this year with little fan-fare around our home. Since the holiday fell on a Tuesday it meant work on Monday, holiday Tuesday, and work on Wednesday.

None the less, I thought I should do something for the holiday, after all, I did have the day off! Well that something led me to searching ice cream makers which in turn led me to this attachment for my KitchenAid mixer. 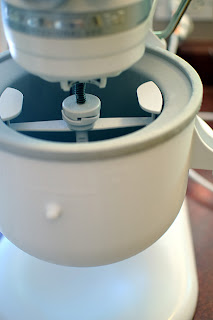 I'm always amazed at the versatility of the KitchenAid mixer and this attachment did not disappoint. The most important thing about this attachment and how it's different from the many other KitchenAid attachments, is the bowl HAS TO be put in the freezer for AT LEAST 15 hours.

Notice, I capitalized and italicized those key words? That's because I bought my attachment July 4th afternoon with hopes of having homemade ice cream for Fourth of July night. I went so far as to read the instructions and felt they were obviously written for someone else so I only froze my bowl for about six hours. Let's just say, we topped our ice cream with some chocolate wine and drank it that night (still yummy and would have been good with our homemade nocino as well!) 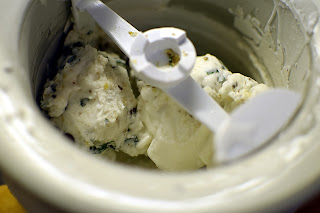 Since that night we've made plenty of homemade ice cream that came out great. I've experimented with several recipes to find one that's awesome tasting but still not completely laden with high-fat cream and I think I've finally landed on one. 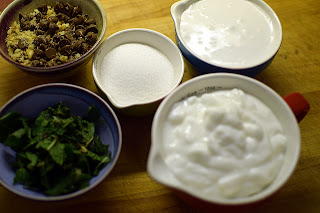 So here it is, my first ORIGINAL (you won't find this anywhere else) recipe!

After making ice cream, clean the bowl and store it in your freezer so it will always be ready for the next batch! Also, if your ice cream tends to get super hard in your freezer and you end up bending spoons to get it out of the container, an easy hack is to store the container in a plastic bag, remove all the air from the bag, then place it in the freezer. 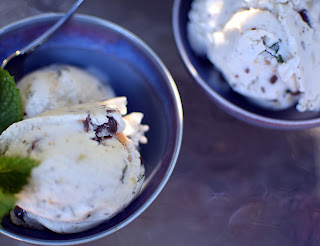 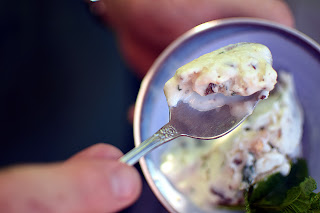