This buffet has history.  It's hard to call it a family heirloom but, it's got history.

It was built by Jeff's great grandfather when he was about 20 years old.  It was a wedding gift to his sister and her new husband and they used it for decades.  It came into Jeff's possession roughly 15 years ago. 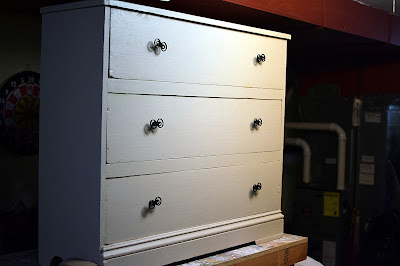 This redo then had more to do with getting the drawers moving as smoothly as possible than anything else. However, since I was going to be working on it, I might as well repaint it!  The last time I painted it, I used a latex off white paint as you can see. Now, I wanted to milk paint it.

for the drawers and sides.  On the top of the buffet and on the pulls, I used Miss Mustard Seed's Milk Paint Curio. 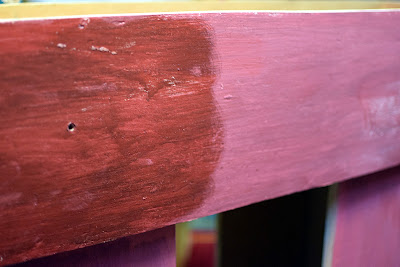 This is now my favorite wax!  I love how it deepens the color and makes it look richer. You can see from this picture the difference.  On the darker side I've applied the wax. 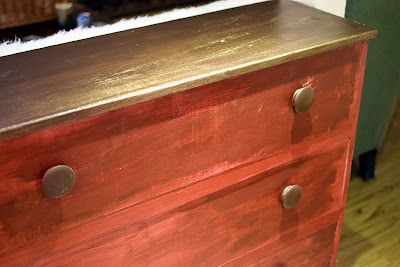 It adds a little bit of shine as well. 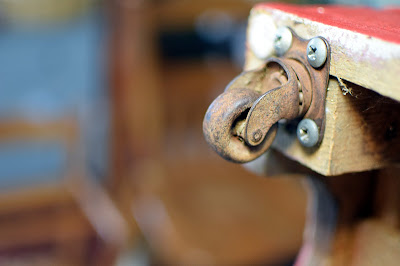 Naturally, I added casters to the piece.  These are antique and I spent about a half an hour digging through tubs of old casters at Hippo Hardware in Portland to find four matching ones (*worth it*). 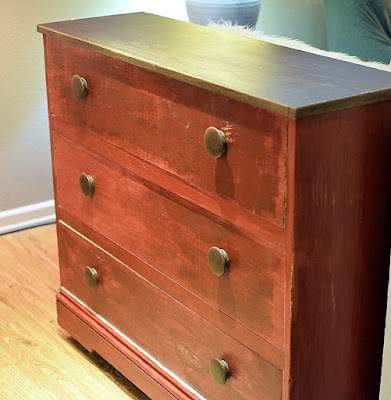 The finished product still sits in the basement but it's now functional as I sanded the paint off the tops of the drawers and rubbed the runners with beeswax.  The drawers now open without an act of God!

There is a variance in the color as I had to remix more paint and I wasn't perfect about the portions of my mix.  The picture shows more color variance than there actually is though. I think it adds character.  More than anything else, I'm glad we can now use it for storage!