It's Rose Festival time in Portland!  It's a bit anti-climatic these days but I'm told, back in the day.... It was a big deal and many longtime residents over the age of 60 will be happy to regale you with stories of sailors running amok and strippers on boats welcoming the fleet.

Besides the carnival downtown and the 3 parades, the most noticeable thing about the Festival is the fleet of ships that come.  Due to many factors (shrinking of the Navy, 9/11, etc) the size of the fleet and the size of the individual ships have shrunk over the years, however it still makes for an event when they begin arriving. It never fails, they arrive at evening rush hour during the week and leave at morning rush hour the following Monday.  Not a big deal, unless your city is cut in half by a river and every bridge has to lift at the same time to let the ships through. 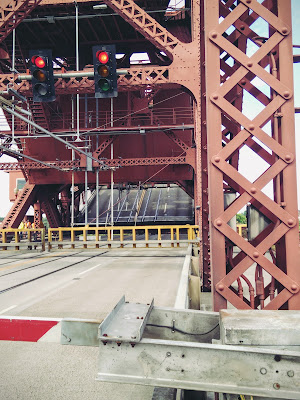 I was lucky enough to be stopped on the Broadway Bridge as some of the fleet was making it's way in on Wednesday.

There is no making it over the bridge now as the bridge breaks in half and lifts vertically into the air. 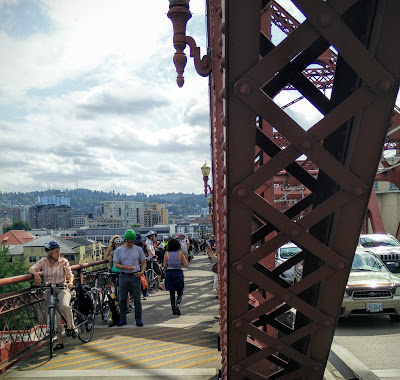 This makes for a rather large backup not only for cars but bikes as well. 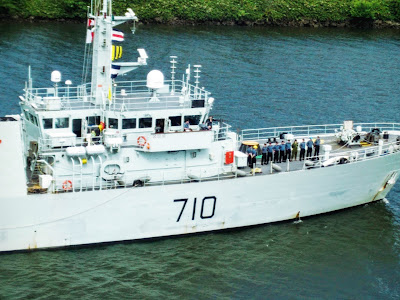 I'm not going to pretend to know my military ships but first ship through the bridge was this one. 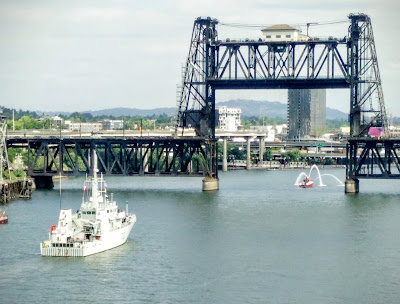 It's customary for the fire boats to welcome the fleet. 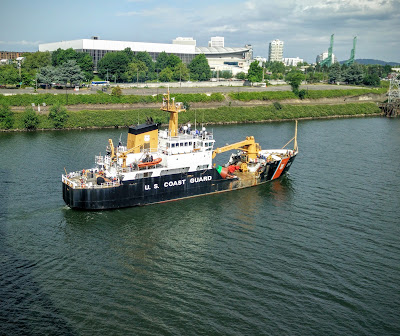 Next up were a couple of Coast Guard ships.  These ships allow the general public to ride along. 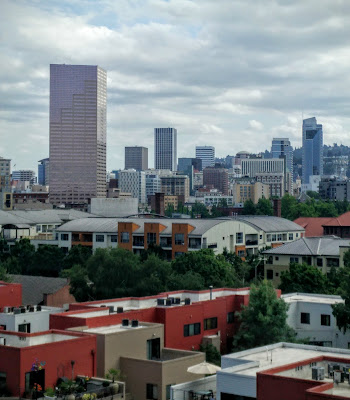 It took about 20 minutes for the three ships to make it through.  Unfortunately I wasn't prepared and didn't have my good camera, only the cell phone camera.  Although I ride over this bridge twice a day, I seldom stop and take in the sights. 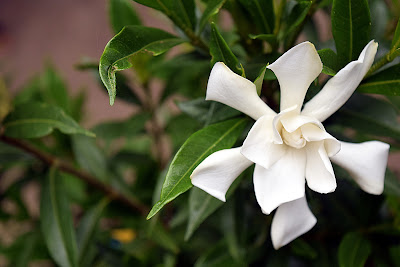 Changing gears slightly now, the first gardenia flower bloomed over the weekend!  I just got this plant last year and now I don't know how I lived this many years without one!  The smell of a gardenia bloom instantly takes me to Kauai! 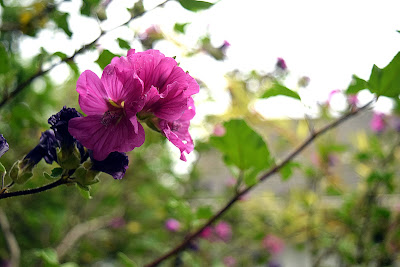 Also blooming in the garden is this tree mallow.   I purchased this plant one summer when we were visiting Astoria, Oregon.  It was supposed to be a dwarf, but it was probably mislabeled...just sayin. 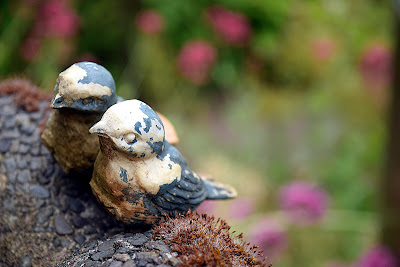 Enjoy your weekend!  We're off to Central Oregon for some fly fishing, mountain biking, high stakes Yahtzee playing, and relaxing.